Below you’ll find an Infographic we at 2MCCTV created using the data from the annual retail theft survey, by Jack L. Hayes International. Every year, retail companies lose millions of dollars to shoplifters and dishonest employees.

24 of the largest retail companies with 18,518 stores & over $589 billion in retail sales were surveyed. In 2011 alone, over 6 billion dollars was stolen. Over $161 million was recovered from both shoplifting and employee theft, which is only about 2.7% of what was actually stolen. The below Infographic compares the number of total apprehensions and money recovered from both groups in the U.S. in 2011 compared to 2010.

Embed the Shoplifting & Employee Theft Infographic on your site 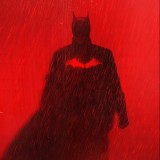