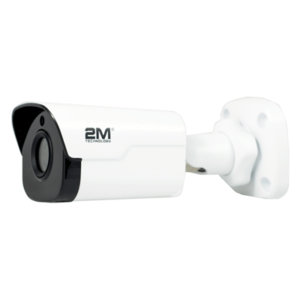 Whenever a customer is looking for surveillance systems, one thing that keeps coming up is license plate recognition cameras. when shopping for security camera systems. What kind of license plate recognition cameras you need will depend on your specific needs. But generally speaking, there are two kinds of cameras. One of them is a system that reads the plates in a clear manner so that humans can identify them. The other one is where the camera reads the license plates so that the software can read the plate and take direct action.

If the customer is asking for a license plate capture camera system that will capture the information so that a human can read it, they will require this type of camera. What exactly does this type of camera do? The compensate for moving vehicles, headlights, and reflective materials so that humans can read the license plate clearly. The recommended specifications for this kind of system usually consist of one high contrast black and white camera, a non-license plate camera so that it can capture colors and a surveillance DVR capable of recording at 1080p and at 30 frames per second.

If the customer is asking for a license plate capture camera system that will capture the information so that software can read it, they will require this type of camera. What does this kind of camera do? The software is capable of reading the license plate and then they can log the number into a database or trigger a signal to an instant access control system that might open a gate or signal the authority. Another advantage is that they can also integrate with third-party systems.

In an example system, the cameras that are used are the same as the basic license plate capture system. The only thing that is new is that they have a DVR with optional license plate recognition software. In an example system, the recognition camera might connect to an LPR device that uses a RG59 coaxial cable. The LPR then uses a cAT-5 ethernet cable to connect to a local network.

License plate recognition cameras normally focus on a single lane of traffic. On top of that, it is important to recognize that the only purpose they serve is recording license plates. Why are they so limited? Because they are not capable of providing a wide-angle overview of the area. License plate recognition cameras also require to be placed in specific angles as opposed to traditional surveillance system cameras. It is usually mounted at a specific angle or the license plate will not be captured properly. .