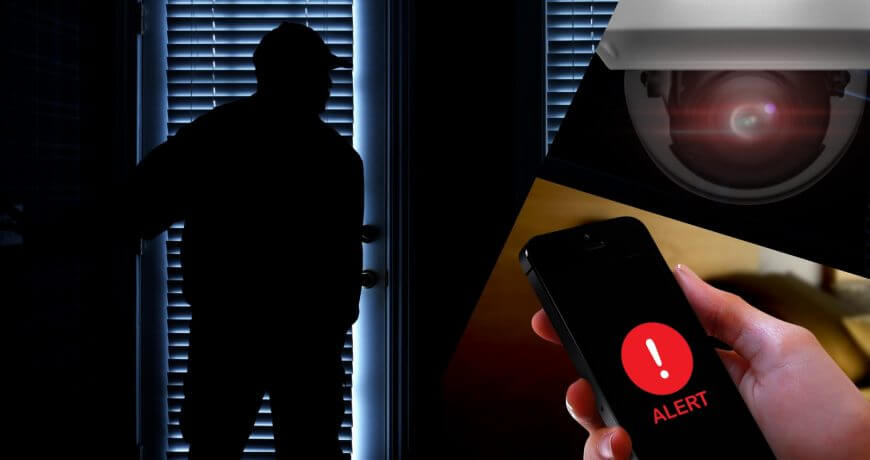 If you’ve been looking for a security camera that will alert you of any suspicious movement on your property, you might have come across PIR cameras. These cameras are frequently advertised as being better than motion detection security cameras, but what exactly are they? Is this type of camera something you need? This guide will cover everything you’ve been wanting to know.

PIR cameras can also be referred to as PIR sensor cameras. PIR is an acronym for “passive infrared”. PIR cameras are essentially security cameras that are equipped with a PIR sensor. This type of sensor measures the infrared (IR) light that is emitted by objects. Humans are not able to see infrared light, but we feel it in terms of heat. All objects emit some level of infrared energy, but objects that are hotter will emit more radiation. Based on that description, you might be thinking, “aren’t PIR sensors the same as regular IR sensors?” But the short answer is, no. PIR sensors are good for determining if motion occurred, but they don’t give any more information than that; if you want more details about the motion, you’d have to use IR sensors.

Compared to motion detection cameras, alerts from PIR cameras are less likely to be false alarms. Motion detection cameras detect any kind of motion so alerts can be triggered by harmless things like falling leaves or foliage being blown by the wind. PIR cameras only sense motion from objects that emit a lot of infrared radiation, like large animals, people, and cars. This means that you will only be getting alerts for relevant things, like a potential intruder on your property.

However, keep in mind that PIR cameras have limited abilities. They are not able to detect motion from smaller objects because they can only sense motion caused by objects that emit a lot of infrared radiation. If you want a camera that will alert you of smaller things, like rodents or birds, then you should use a traditional motion detection camera. But if you’re tired of getting irrelevant alerts due to these smaller objects, then PIR cameras will be your best tool.