Three years ago the most popular security cameras in the market were the 960h or 700tvl analog cameras. They were priced right and were easy to install. The most popular sellers of the analog security cameras with resolutions such as 700tvl were to use them with varifocal lenses. Fixed lens cameras were the cheap route, but not as common as the varifocal ones. The reason for that was, the height of camera location and field of view would vary a lot, and to be able to capture a descent enough image, you would need a lens that can be adjusted manually accordingly to get the best picture possible. Especially when the resolution was limited to 700tvl and was not possible to digitally zoom in and out on the object.
HD IP security cameras came to market prior to the analog HD cameras such as the TVI, CVI or AHD’s. The HD ip cameras were released with two the same two options, either varifocal lens or fixed lens. The problem many installers faced was trying to focus the lens on the field where typically there is a network latency of camera streaming. That made varifocal HD IP Security camera pretty uncommon. The HD IP fixed cameras were the better sellers. With time most installers/technicians started recommending using the fixed lens cameras.

Many customers or installers argue that since now you have HD resolution, that allows you to recognize facial features of people, its not that necessary to have varifocal lens. Based on that, fixed lenses to them is the proffered solution. However, that really depends on the location of camera. Such as height, distance from field of view.

HD analog cameras started coming into the market, competing with the ip cameras. They offered better pricing, easier to install, less problems and great picture quality. HD analog cameras also provided two option varifocal and fixed lenses. However, unlike hd ip cameras, both options were good sellers, since it did not have the latency issue. Setting a focus on a camera that provided immediate realtime view of the image was much easier and able to offered a better view. However there was always the after the job was complete, customer would always request adjustment of lens for better field of view.

2M technology a leading manufacturer of security cameras here in USA, have recently introduced motorized HD bullet security cameras and motorized HD dome cameras. The lens can be control via their HD digital video recorder to zoom in and out upto 30 feet. Those cameras have been the best sellers for the past 6 month, due to their high quality and low price. 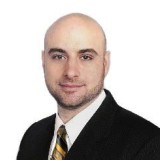