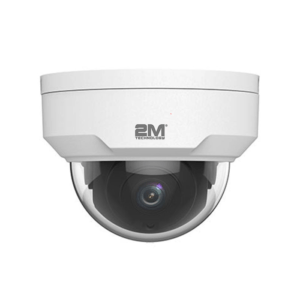 Since the beginning of 2020, there have been twenty school shootings in the United States. Many security solutions are available for preventing school solutions for students safety. To address security and assure parents about their children’s safety, schools have started increasing security. In the 2015–16 school year, 94% of public schools reported that they controlled access to school buildings by locking or monitoring doors during school hours. Other safety and security measures reported by public schools included 81% of schools using security cameras to monitor the school, 68% of faculty and staff wear badges or picture IDs. Also, 25% of public schools reported the use of random dog sniffs to check for drugs, 21% required that students wear uniforms, 7% required students to wear badges or picture IDs.

Two of the most effective ways of using security systems in schools are metal detectors and security cameras. Security cameras work by being strategically placed at critical points around the building to deter crime and record any crime that does take place. Schools are putting metal detectors at the entrances to the building, ensuring all students and staff passing through them. Both have their pros and cons, and the schools constantly evaluate the best method to protect the students and staff.

Security Cameras have advantages of being able to record the criminal activity and be used to identify the criminal. Also, it has the disadvantages of being expensive and only catching the crime after it has happened. According to the National Center for Education Statistics, more than 80% of public schools, and more than 94% of high schools, in the U.S. used security cameras to monitor students during the 2015-2016 school year. This doubled the number of schools using cameras. The most significant benefit of installing security cameras is that it deters crime. Eyewitnesses can often forget important details, so having the security footage is vital. On the other hand, security cameras can be costly. In 2019, a security camera system for a school could cost $1500.

Security systems in schools have become increasingly important. There are many ways to implement these measures, but they all have their pros and cons. Security systems can make the staff and visitors feel more at ease.
Also, they can assist in deterring crime and catching culprits. It has been shown that security cameras can negatively affect the children by making them nervous. They can also be costly to install and upkeep. Can these security measures deter crimes entirely from happening at the schools?

Read Previously: How to Buy and Use a Security Camera System