Security cameras were made to aid the consumer in keeping an eye out for what is taking place on their property. They were a means for deterring and detecting crime. Both businesses and the public have been using them for surveillance of their offices, factories, stores, and houses. Since the availability of these cameras, robberies and other events have been caught on tape. The footage has increased the chances of catching the culprits, and in some cases, proved the innocence of a wrongfully accused murderer. It is imperative that you take all necessary precautions to legitimize the video if you ever find yourself in such a scenario.

The Importance of Time Stamping 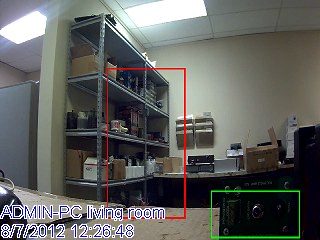 Time stamping comes in handy when presenting surveillance footage in a court of law. The evidence must be accurate for it to be approved for legal use. Many videos have been thrown out as evidence simply because they did not display the date and time. In some cases the time and date were displayed, but the time was off by an hour or so, and the footage was ruled invalid.

Here at 2MCCTV, most of our digital video recorders (DVRs) offer time / date stamps. You just need to enable it in the settings to stamp on the recorded footage, not just on the live video. The time stamp must also be synchronized with other sources, i.e. another system that caught the event on tape, a wall clock or even a cell phone that appear in the video, and even a POS system that has been integrated into the surveillance system (Further Reading: POS Integration). The harmonization of the times shown on everything will ensure that it is lawful evidence and it will stand up in court. The time displayed on these should be within 1 or 2 minutes of the video footage to validate the evidence.

It is crucial to set the time and date when you first install your DVR. Some, if not most, electronic equipment will be set to the date they were manufactured. So you have to manually put in the correct date and time. Some people neglect this fact and all the recordings are set to the wrong time and date. This evidence won’t hold for even a minute in court.

One should also pay attention to daylight savings time. You should look for a DVR that is automatically configured to switch to daylight savings time. Similarly, the correct time zone must be set for the video to be valid evidence. A great solution would be to connect your DVR to an internet connection, where it will automatically sync with the internet time server, so you don’t need to worry about setting the time.

With some cases in court, the judge might challenge your electronic evidence. They want to know that you have not tampered with your digital data and to prove its authenticity. One case with American Express as the plaintiff, the judge asked them to prove the genuineness of their digital records. They tried three times and failed to do that. Although it is not clarified what type of files were used, this applies to all types of files. Judges know that time stamps can easily be modified. A solution for this is digital watermarking. A digital watermark is only available on high-end HD DVRs and select DVR capture cards, but can come in quite handy. It is similar to the paper watermark, except it is for electronic data. When looking at the video, it is invisible. It requires a watermark reading program to reveal it. A digital watermark guarantees that the image provided as evidence is from the given DVR, and not taken off of another one. It proves that the footage is authentic, and not corrupted or edited. The digital watermark also provides a date and time stamp on all its videos automatically, even when the video is copied onto a DVD. When an image is printed on a piece of paper, it provides a watermark, the time / date stamp, and would include the company logo imprinted on the paper.

Remember to set the time and date on your DVR, and make sure it is set to the correct time zone. If the DVR is not configured to automatically change, do it yourself when it comes around. Sync any clocks that appear in the video with your surveillance system, and any other systems that have been integrated into it. And if you are an enterprise-level business, invest in a DVR that offers digital watermarking.