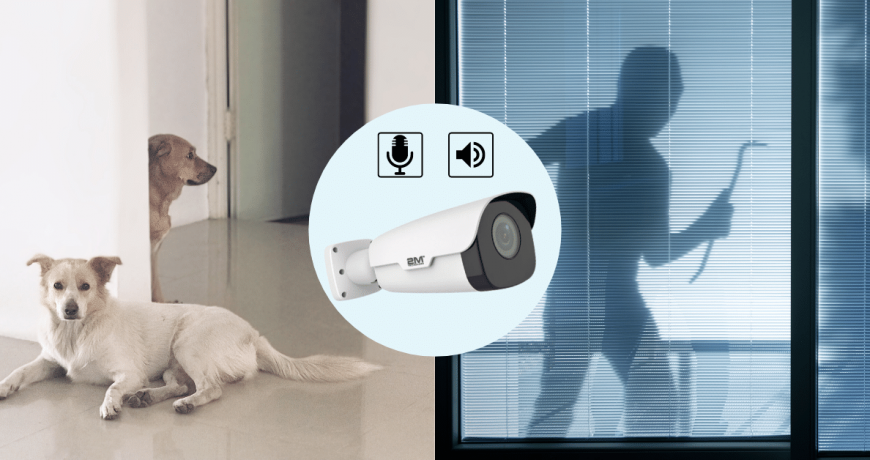 When it comes to security cameras, audio is an important feature to have. Being able to record audio provides a full story on what has happened as compared to just recording images. But nowadays, cameras that are also capable of transmitting audio are becoming popular due to their versatile applications. Here are some ways that two-way audio security cameras are being used.

Two-way audio is a feature that enables the security camera to receive and transmit audio. These cameras will be equipped with a speaker and a microphone; the microphone picks up sound while the speaker emits sound. A one-way audio camera will only be capable of receiving audio, meaning that it will only have a microphone. The microphone will allow the user to listen in on what is happening through the camera, but nothing more than that. With two-way audio security cameras, the user can listen in and talk through the camera, like an intercom system.

The biggest reason why more people are choosing to use two-way audio is because they’re better for deterring crime. The presence of security cameras outside of the home is already a deterrent, but it’s sometimes not enough for some criminals. Some of them may see the cameras but still proceed because they believe that no one is currently monitoring the cameras. So by the time the footage is reviewed and they’re found out, they will have been long gone. Having two-way audio enables the user to audibly warn any criminals that they’re being watched, effectively scaring them off from doing anything further.

But two-way audio does not always have to be for communicating with malicious people; it can be used to talk to anyone who stops by your property. For example, you can tell door-to-door sales people that you’re not interested without ever having to open your front door. You can also give instructions to delivery people on where to leave your packages when you’re not physically there to take care of it.

Two-way audio security cameras are also being used inside of the home to communicate with family members. If you have pets that you want to check up on while you’re out, you can monitor them through the cameras and verbally warn them if they look like they’re getting into trouble. These cameras are also good for checking up on children and elderly family members that have been left at home.

Although two-way audio security cameras are useful, there are some legal guidelines you should consider before installation. If you’re wanting to use any camera with audio, be sure to look up your state’s law on wiretapping. Some states require both parties being audibly recorded to consent while others only require one party. Audio capabilities are advantageous, but only if they’re being used in the proper context.

If you’re interested in two-way audio security cameras, then contact us today! We can help you find the right cameras and guide you through the set up process.