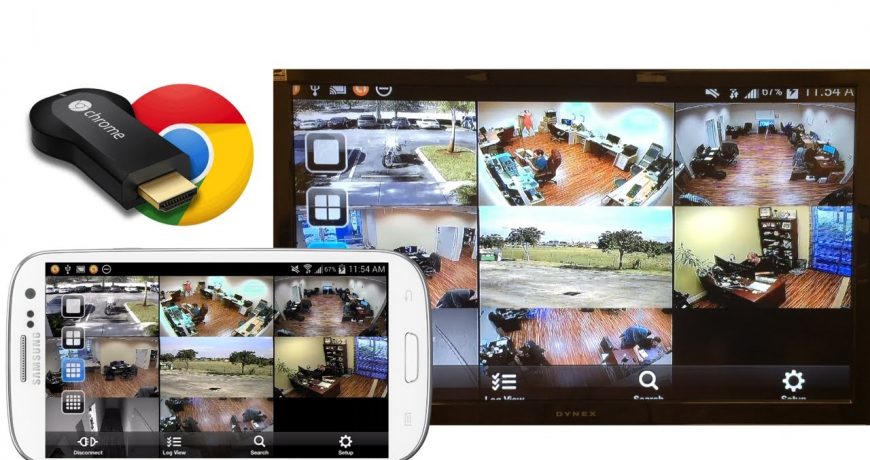 When using a DVR, the most common way to set up a security camera viewing on a TV is connecting the spot monitor of the output of the DVR to one of the many video inputs of the TV monitor. The RCA input type is used by analog video inputs on the TV. What do you do if you want to view the feed from a specific camera? You simply switch the TV to the video input that the spot monitor is connected to. This method is very convenient for viewing as you can imagine. But, sometimes running a coaxial cable is difficult if not impossible. What do you do in a situation like that?

How to use Apple TV to view surveillance cameras

If you have apple devices in your household and you would like to access your feed with your apple devices, you could use an Apple tv for that unction. The way it works is as follows:

How to use a Chromecast to view camera feeds

If you use android instead of using apple devices a Chromecast can offer the same kind of mirroring technology that the Apple TV provides. The way it works is shown below:

Can you use Apple TV or Chromecast to view cameras remotely?

Sometimes you might be in a scenario where your cameras are in one location and you want to see if you can view the feed in a different location very far away. It is very much possible. How is it possible? Because Chromecast or Apple TV is mirroring on your TV whatever is happening on your phone, it does not matter if your cameras are on the same location or on the same network that you are on.