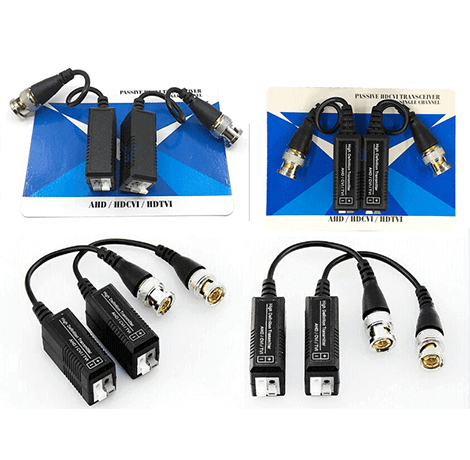 When it comes to surveillance systems in the modern world, cat5 and cat6 cables are always seen using video baluns. What are Video baluns? They are small adaptors that are positioned on both ends of a cat5e/ cat6 cable using any pair that you can find inside. The cable usually has four pairs of wire. What does that mean? That means that four cameras can be installed using one wire of cat5e/cat6.

Why would you decide to pick CAT5 over RG59? The following reasons might persuade you:

Are there different kinds of video baluns?

Passive video baluns have a terminal block that is situated on the back and it also has a BNC connector that is in the front. Why does it have ports like that? The BNC port connects to the DVR on one side and a security camera on the other side.

Passive and active baluns are sold in pairs.

How to decide which video balun to use?